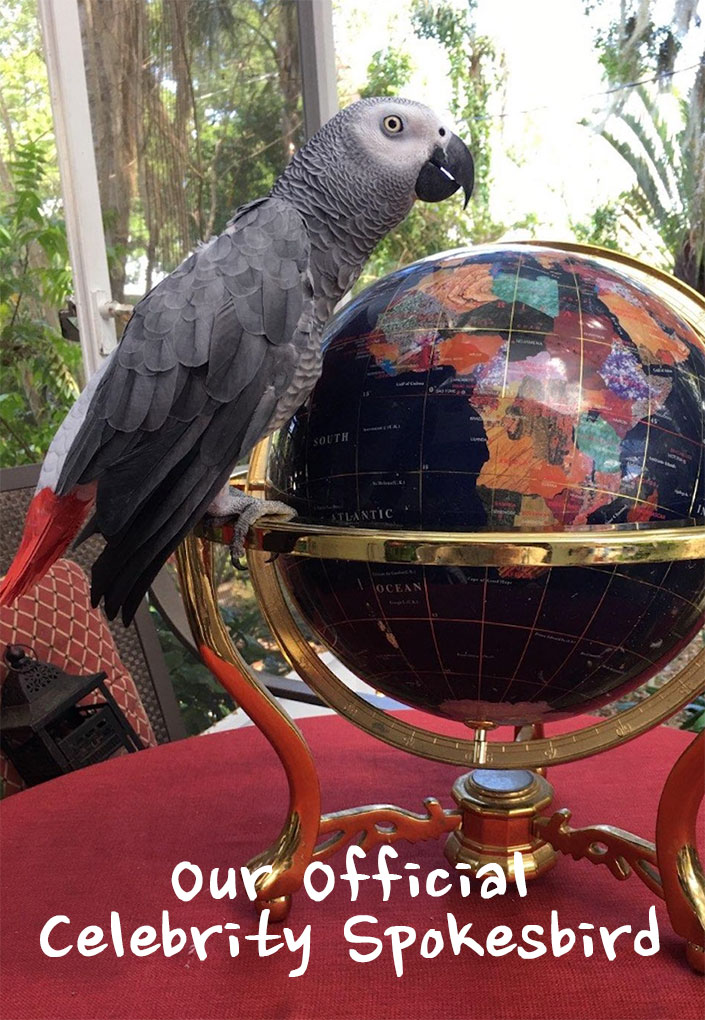 Albert Dishwasher, as he named himself, is an African Grey Parrot, born in captivity and raised by a woman who treated him not as a pet but as a respected member of the family. African Greys are known to have the IQ of a 3-year-old human child. They are easily taught to do tricks and to repeat certain phrases or respond robotically to certain stimuli.

But Dish was never taught phrases or tricks. He was simply talked to, like you would a child. And like a child, he learned words and initiates original thoughts using the words he knows. He loves to solve problems. He loves to ask questions. And he loves to help – although sometimes he can be very bossy, particularly to other birds.

The first words he was ever heard to say were when he was a young bird. One day he just stepped out of his cage and said “Bentley! What have you done?!!” A few years ago, when he first saw someone on a computer screen who was talking to him he asked, “Do you want to come out?” And several years ago when he heard a bird in an office next door he said “There’s a bird next door.” His owner said, “Yes, Jessica brought her bird to work.” He paused for a moment and then asked … “Am I a bird?”

Dish is an amazing ambassador for the natural world. We are honored to have him be our official Spokesbird.

Welcome to his blog – Dish Dishes!

If you would like to ask Dish a question, take a video selfie of you and/or someone else asking the question and email it to us at info@TheEarthOrganization.org.  We’ll post your selfie and his answer on a future blog posting.

Want to become an Ambassador for The Earth Organization and help Dish make the world a healthier, happier place for all life?