Internationally acclaimed, South African conservationist Dr. Lawrence Anthony founded our organization as a result of his experiences in 2003 while rescuing the Baghdad Zoo.  His legendary life’s accomplishments are memorialized in his three best-selling books.

Lawrence is well known for his remarkable 5 ½-month rescue initiative of the animals and staff of the Baghdad Zoo, in 2003 at the beginning of the Iraqi War. The story is extraordinary of his time there, rescuing, caring for and protecting both the animals and the staff, and working with the U.S. military, South African mercenaries, and Iraqi soldiers as he brought the necessary resources together in a quest for humane treatment of the terrified and starving animals. For his amazing act of courage, he received the United Nation’s Earth Trustee Award, as well as the UN’s Earth Day Medal. The story is well told in his book Babylon’s Ark: The Incredible Wartime Rescue of the Baghdad Zoo.

His Beloved Herd of Wild Elephants

Lawrence’s almost mythological relationship with a herd of wild elephants has been awe-inspiring to millions of people around the world. After bringing the traumatized and troublesome herd to his game reserve, Lawrence lived with them for 3 weeks, staying just out of harm’s way, until, finally, the matriarch began to trust him, and the herd settled down in their new home. The herd basically adopted him as one of their own and, remarkably, every single time he returned from a trip, the herd would show up at his house that night to greet him. After not having come to his house for several months, two days after he passed away, the whole herd came to his house for a few hours, in obvious distress, appearing to mourn his death. And for four years after, they returned to the house on the anniversary of his passing. Lawrence tells the remarkable story of his relationship with the herd in his best-selling book, The Elephant Whisperer: My Life with the Herd in the African Bush.

Bringing A Cessation to the Longest Civil War in the World

In the late 2000’s, Lawrence initiated negotiations during the settlement of a peace treaty between the Ugandan government, the UN, and a large rebel army called the Lords Resistance Army, or LRA. He met with rebel leaders and was able to obtain a written addendum to the UN peace treaty that the soldiers would stop killing the local game rangers and start protecting the highly endangered Northern White Rhino. His work was described as “historic” by UN representatives, and international press hailed his work as “unprecedented”. About to give up on peace negotiations after 6 weeks of no progress, UN negotiators attributed the revitalization of interest in the opposing parties to achieving peace to Lawrence’s efforts. His work resulted in over 1 million people being able to leave appalling “refugee camp” conditions and return home. More like concentration camps, hundreds of people a week were dying from lack of sanitation, food and clean water. Unfortunately, incompetent government decisions later reignited the war after two years of peace, but his book, The Last Rhinos: My Battle to Save One of the World’s Greatest Creatures tells this remarkable story.

In 2003, as a result of his experiences in Baghdad, as well as a searching look at the many decaying environmental conditions on our planet, Lawrence decided to found a unique, non-profit organization dedicated to bringing effective, long-term solutions to the conservation and environmental problems we all face. He invited Barbara Wiseman, an American pioneering management consultant to help him create the organization and together they named the organization The Earth Organization (TEO).

Dedicated to raising awareness of the vital partnership for survival that every individual has with the natural world, our organization works to achieve this through hands-on projects and education, with the purpose of re-creating a healthy, thriving planet for all life. We know that for real solutions to be achieved, all sides must come together and, thus, we work closely with industry, commerce, government and civic leaders to bring rational solutions to environmental and conservation challenges that benefit all involved.

Lawrence’s story is so compelling that a Hollywood major, feature-length motion picture about him and his extraordinary work is in pre-production.

His Legacy Will Not Fade

For those of us who knew him well, he set a magnificent example. We miss his quick wit, his insight, his care for others, and his dogged determination despite any challenges to do what was right for the long-term benefit of all. In commemoration of him, and at his request, we added his name to the name of the organization’s in 2012. The staff of the Lawrence Anthony Earth Organization (LAEO) are dedicated to achieving the goals Lawrence set for us and ensuring that his legacy continues forward. 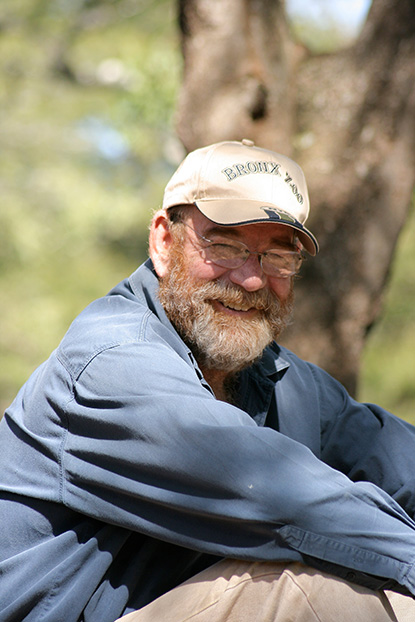 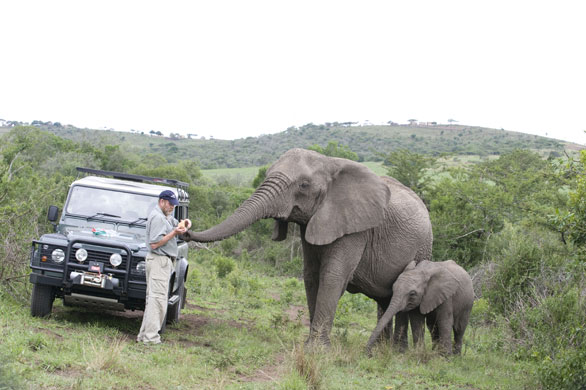 Lawrence with the wild elphant her'ds matriarch and baby 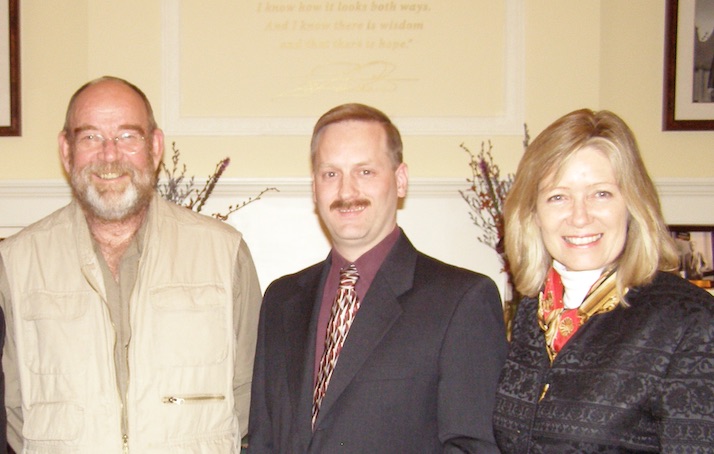 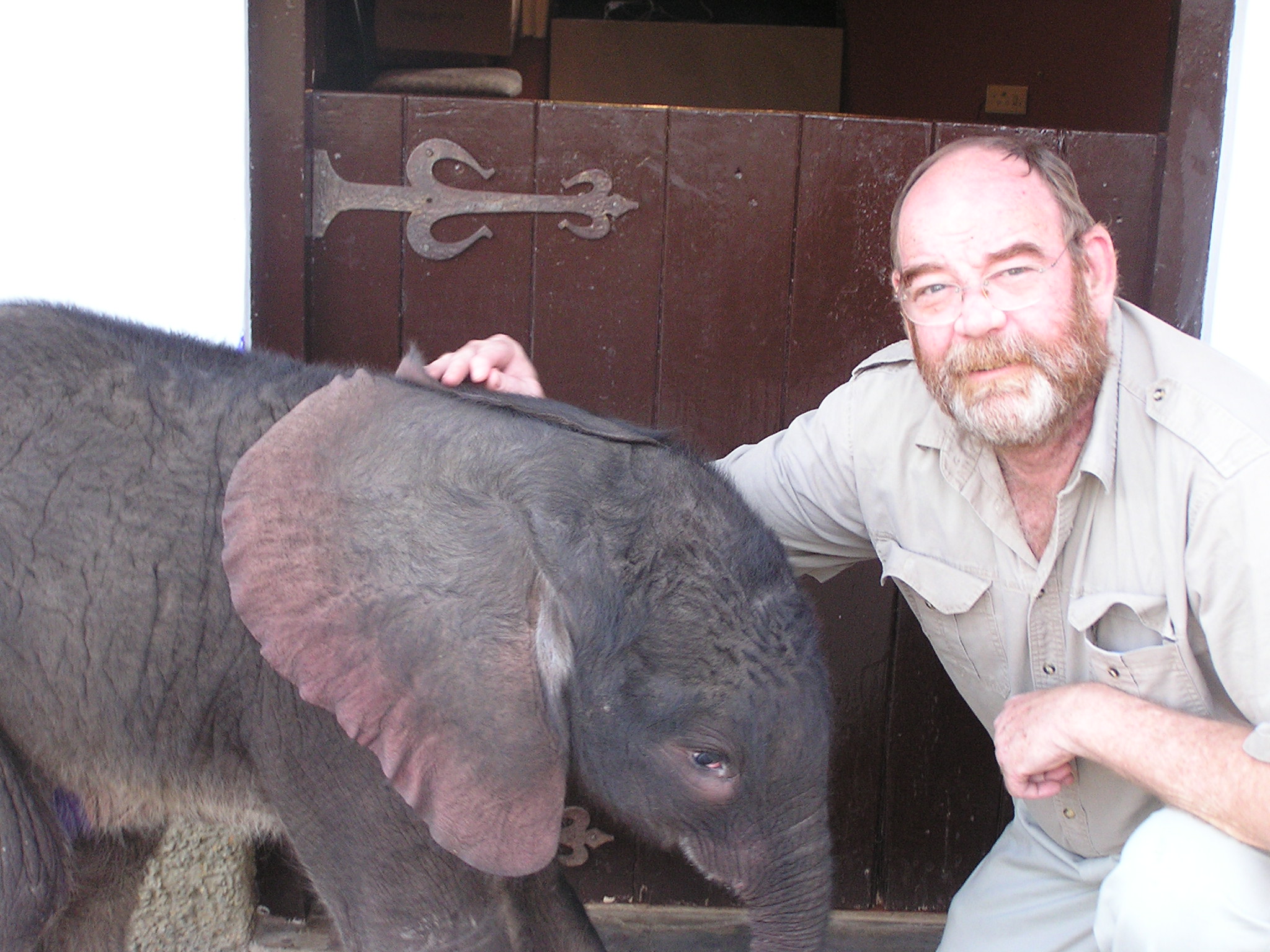 Lawrence speaking at a conservation event Lawrence in Negotiations with Rebel Army to Stop Poaching the Rhinos 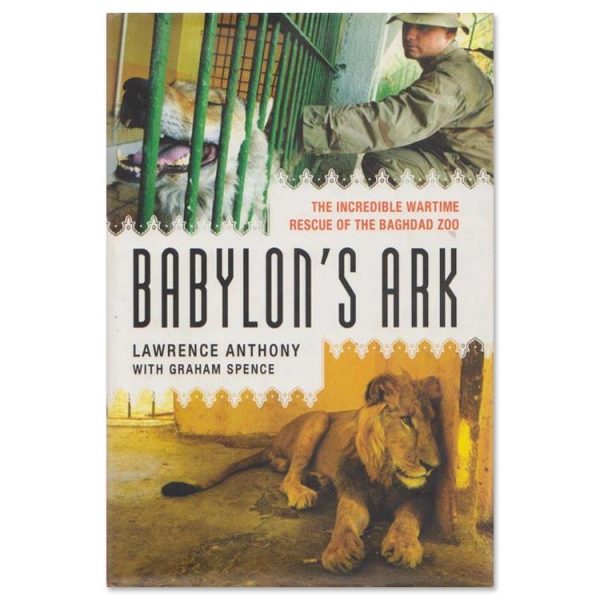 Babylon's Ark: The Incredible War-Time Rescue of the Baghdad Zoo THE ELEPHANT WHISPERER: MY LIFE WITH THE HERD IN THE AFRICAN WILD

The Last Rhinos: My Battle to Save One of the World's Greatest Creatures

Purchase your copy through Amazon.com

Lawrence was a larger-than-life hero dedicated to the lofty goal of bringing about a state of far greater harmony between Mankind and Nature and recreating a healthy planet for future generations. Shortly before Lawrence passed away in 2012, he asked that his name be added to the organization’s name, and thus, in his honor, we changed the name The Earth Organization (TEO) to the Lawrence Anthony Earth Organization (LAEO).

Two nights after Lawrence died, his beloved herd of wild elephants came to his house, visibly distraught, and apparently in mourning. For four years afterwards, they returned to his home on the anniversary of his passing. 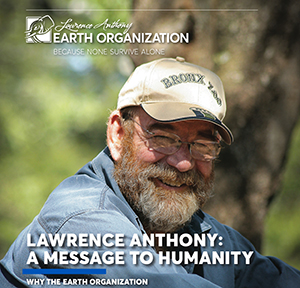 Dr. Lawrence Anthony was a larger-than-life, modern-day hero who had a tremendous impact on the lives of those he influenced. This publication, A Message to Humanity, is a priceless article of wisdom from him that raises understanding of the vital partnership for survival each of us has with all aspects of the world around us. We strongly recommend you read it and encourage others to do so, as well. It is a powerful statement of Lawrence’s humanitarian perspective and methods, and provides a valuable framework for all of life’s choices.