Our planetary ecosystems are under constant disruption and stress through the broad-scale, unsustainable management and rechanneling of the natural courses of surface water.

We are polluting and depleting the world’s limited supply of fresh water in surface and shallow aquifers through mismanagement and over-extraction. The all-too-often excessive and poorly planned withdrawal of relatively shallow groundwater is resulting in the imbalance of planetary life support systems.

And a common story all over the world is that ineffective techniques for siting where to drill are costing companies and communities dearly. In South Africa, for instance, a large city government, desperate to provide water to its residents with only one month’s supply left in local reservoirs, invested millions of dollars to expand their water resources. With only a 30% location success rate, they drilled hundreds of expensive and bone-dry bores.

The Earth Organization (also known as the Lawrence Anthony Earth Organization (or LAEO)) is an international non-profit whose purpose is to identify and implement rational, science-based solutions to large-scale environmental challenges. One of its most vital missions is to bring about more constructive decision making related to humankind’s interaction with the natural world. In 2014, the theory of Primary Water came to the notice of LAEO staff. If it proved to be true, the revolutionary concept that most of the world’s water is made by the Earth at the magma level, held enormous promise for supplementing the world’s water supplies. LAEO quickly established a water science research team to aggregate and evaluate all that could be found of existing know-how on Primary Water exploration and related subjects.

Recognizing the urgent need to address desertification through better water and soil management practices, LAEO has been working since 2013 to expand alternative water supplies to take stress off overdrawn rivers and shallow ground water resources through accessing alternative, deep-seated water. They have tackled the problem of how to gain access to pollution-free water supplies for agricultural communities to help boost food production and help to bring about a healthier water ecosystem.

While in modern times, tremendous amounts of money, time, and effort have been dedicated to the control and management of surface water, in addition to drilling the majority of wells into shallow aquifers[1], many water-management practices have now proven unsustainable.

However, a few independent thinking water explorers have proven that vast groundwater resources exist that were either previously undetected or thought to be fossil[2], nonrenewable, and/or inaccessible. Whether these resources are coming up from the magma layer of the planet, or are ancient reservoirs covered up by time, or traveling through deep, geologic pathways from some great distance, LAEO adopted a name for these alternative water resources (waters that are outside the hydrologic cycle[3]) – “Deep Seated Water”.

Having the original intent to help Pal Pauer’s Primary Water Institute with its educational purposes, LAEO staff observed the need to collect and formalize as much water wisdom as possible to ensure the existing know-how would not

become a lost technology. They searched historical libraries in both California and Europe, sent scientists to study Primary Water wells drilled by Reiss and his proteges, and two of LAEO’s staff spent a month in Tanzania to observe Global Resource Alliance’s Primary Water well drilling operations that, at the time, were being overseen by Pauer’s apprentices, all in an effort to help document and codify the early work done by these courageous water pioneers.

Australian-born research scientist Robert Gourlay came to their notice in 2016 as the first individual they had located who was still alive and not only well versed in ancient lifeways knowledge as well as the modern-day Earth sciences, but who was also familiar with the Primary Water theory. In support of LAEO’s purpose to preserve and advance cutting-edge water locating methods, and to see them successfully implemented around the world, Gourlay offered to transfer his knowledge to the non-profit. LAEO subsequently set up a base in Australia to conduct an R&D and water exploration technology acquisition project.

LAEO’s team worked at Gourlay’s remote research facility in the Mongarlowe River region of New South Wales for over six months to make complete records of the unique systems he developed, and subsequently worked side-by-side with him on several water exploration projects. LAEO wanted to ensure that Gourlay’s decades of experience at locating water for drought stressed farmers and his critical water location advancements were never lost.

LAEO has been proud to serve with and recognize the many pioneers and innovators in water exploration who deserve the world’s gratitude for their determination and hard work.

After completing the tech acquisition project in Australia, the LAEO research group[8] have further advanced the work into a unique, multicomponent system that spans several different fields of science and engineering technology. Their developments effectively reduce the risk involved in locating alternative sources of water to a near 100% success rate.

The basic steps are:

LAEO’s R&D objective is to produce codified materials to form and legitimize this still-new genre of geohydrology science and to train DSW Tech specialist teams to provide the most efficient methods for finding these alternative sources of water.

After formalizing a compilation of their advancements, LAEO now partners with for-profit enterprises to export water solutions globally. AquaterreX, LLC was given an exclusive license by LAEO to utilize DSW Tech. (www.AquaterreX.com). While LAEO continues to conduct both R&D water location projects to advance the science, as well as philanthropic water location projects, LAEO works very closely with AquaterreX to utilize DSW Tech® on projects in the U.S., primarily the highly arid Southwestern states, as well as South Africa, the Middle East and Australia. 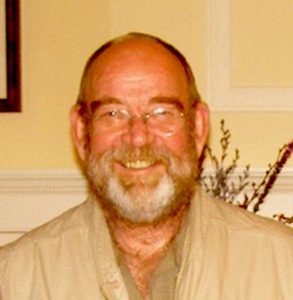 The Lawrence Anthony Earth Organization (LAEO) is an international non-profit co-founded in 2003 by world renowned conservationist Dr. Lawrence Anthony and international humanitarian Barbara Wiseman. Dedicated to bringing about more constructive and rational decision making in humanity’s relationship to the natural world, their many chapters have taken on a wide variety of issues such as wildlife rescue and protection, removal of chemical pollutants in our waters, and habitat restoration.

One principle that sets LAEO apart is the understanding that, for a solution to truly be a workable, long-term answer, it must take into consideration and benefit all the stakeholders involved in any situation, including people, commerce, industry, jobs, plants and animals, etc; not just a single aspect of the problem or a particular species. To accomplish this, issues are thoroughly investigated to identify their factual source, and then solutions are carefully found and implemented that won’t end up being

the next problem to be solved. The end results are much-improved conditions.