Here is an excellent documentary film news segment on the obsolete state of oil spill response in North America.

Keep in mind there is one major falsehood in this and other testimony like it which is the claim that nothing significant can really be done about oil spills.  This doesn’t happen to be true.  Enzymatic Bioremediation techniques that we and others have thoroughly studied and strongly advocate for are capable of cleaning up a spill and eliminating its toxic effects 100%. The process works quickly overcoming every concern and problem presented by spill responders and experts interviewed in this film. Last month our Science and Tech Committee Chair-Dr. Paul Sammarco presented the science on this technology at the Clean Gulf Conference held in Tampa, Florida.  It was amazing to attend this conference going on 7 years after the Gulf of Mexico BP spill disaster. Here, a parade of experts presented on the merits of chemical dispersants and described deepwater well injection systems as a safe and effective answer.  The burning question still festering in my mind, why is it so hard to get less toxic, less costly, more effective spill response technology in place which is authorized by federal regulators for use and is readily available?

“The Kinder Morgan pipeline will increase tanker traffic off B.C.’s coast. But an accident near Bella Bella suggests that Canada might not be able to handle a major oil spill.”

In an analysis by David Suzuki, scientist, author and co founder of the David Suzuki Foundation:

‘What the oil and gas industry touts as “world class spill response” boils down to four methods: booms, skimmers, burning and chemical dispersants…

[The Lawrence Anthony Earth Organization’s complete analysis of these response methods is available in our 40 page research paper at:  https://theearthorganization.org/oil-chemical-spill-solutions/ ]

‘Researchers have also found that cleaning oil-soaked birds rarely if ever increases their chances of survival. A tiny spot of oil can kill a seabird.

After the 1989 Exxon Valdez spill off the Alaska coast, industry only recovered about 14 percent of the oil—which is about average—at a cost of $2 billion. The 2011 BP oil spill in the Gulf of Mexico has cost more than $42 billion so far, and has not been overly effective. In that case industry bombed the area with the dispersant Corexit, which killed nature’s microbes that eat oil! Record numbers of bottlenose dolphins died.’

And here again is the true data: All of an oil spill can be cleaned up at up to 1000Xs less the cost. In other words $billions could be saved along with billions of marine life organisms.

LAEO investigations have found that environmental clean up companies seem to prefer to maximize the oil spill response costs billed to industry insurance companies. This means there is a vested interest in maintaining a system that involves complicated logistics, maximized labor requirements and equipment and long drawn out timelines for clean up projects that don’t get the job done. Hum…..

It would behoove insurers to really examine the numbers.

We have the numbers and would be happy to share the data.

LAEO’s method of Cooperative Ecology for industry includes helping devise better systems that are a win win for all stakeholders. 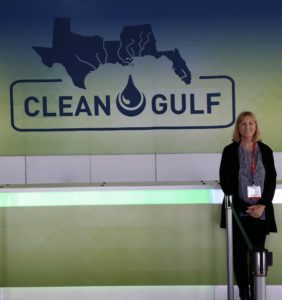 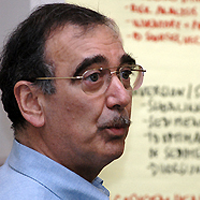 All in the spirit of Cooperative Ecology, Because, None Survive Alone!